After leaving Epinal, we had quite the adventurous day, and though we didn't get very far, in the end it was all worth it.
That morning we had gone to the Basilica of St. Maurice. The Mass was quite like a regular Mass except of course for the fact that it was in French and in a beautiful church. But also, there were some Baptisms and First Communions that day. I decided to add those children to our intention list for the pilgrimage. Before leaving Epinal, I made sure to take a picture of the basilica from the same angle as Belloc sketched so many years ago. 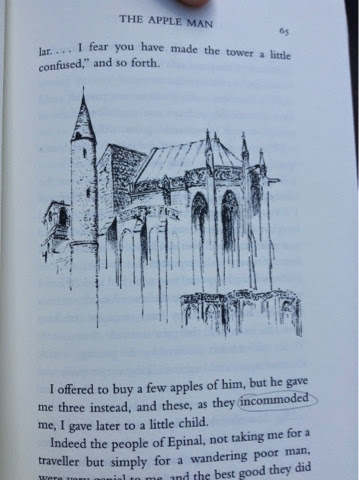 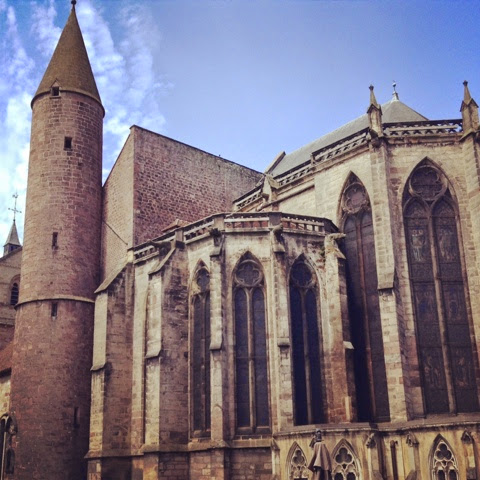 On our way out of the town, we passed by the Epinal American Cemetery and Memorial. Knowing we would never have a chance to go here again, we decided to take this detour and pay our repects. We wound up meeting a retired military officer who shared much of his life with us and was very interested in our own journey. At about 3, the flag was to be taken down and folded. A gentleman and his 3 year old son came by as the usually do to help take it down. On our way over to the flag pole, the officer told us about Dick Clark's older brother Brandon who was buried there, Wells Lewis, son of Nobel Prize winning author Sinclair Lewis, and another guy whose name escapes me at the moment. Charles something. The officer allowed Ed and I to fold the flag but it was three year old Aaron who gave us the instructions. We felt quite honored. 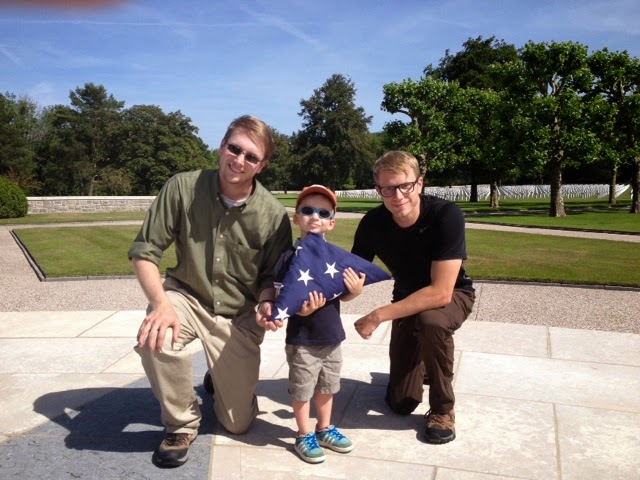 The officer told us about a shortcut out of the cemetery that would keep us off the main road. Unfortunately, we made an error and went the wrong way and proceeded into a maze of forest. Deciding that we did not want to go all the way back, we pressed on, hoping to eventually emerge from the forest at Arches. After wandering the woods for a while, we finally made it to Arches, where we found a place to sleep just inside the woods.
We had our first rainy day yesterday. We seemed to be stuck try to get to and out of Remiremont, a town which became a byword for us. We were in a dispirited state when we left, and then later it began to rain for the first time since we had begun our journey. For some reason, the rain really lifted our spirits and we sang and talked merrily in the rain for the remainder of the day. I sang the John Denver song, "Poems, Prayers, and Promises" among others.
I enjoyed falling asleep to the sound of raindrops on the outside of the tent after a long days arduous journey.
Today, we climbed the Ballon d'Alsace, which is a little peak in the southern part of the Vosges Mountains we have been hiking through. At the top there was a little park with a swing set we were promptly told to get off of. I was sad about that. Ed and I saw the epic statue of St. Joan of Arc at the top and then ran into a group of older hikers, one of whom had seen us in Remiremont the day before. We had to assure them we weren't Mormons. I guess when there are a pair of young male Americans wandering through Europe, they tend to be Mormon missionaries. I hadn't even mentioned that I was from Salt Lake City. They said they were Catholic, and so we asked them to pray for us. We have also added them to our prayer list.
After a discouraging descent, we decided to stop at a cozy inn where I have just composed this blog post. Keep us in your prayers and know that you are in ours.
Posted by Luke Stager at 11:46 PM