It's hard to believe I've only been walking for three days. I guess I've been gone for five with the flying, taking the train, the bus to finally end up in Toul. 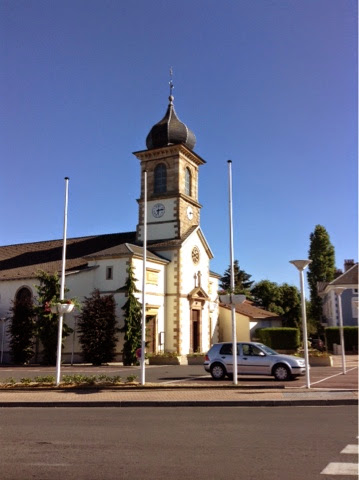 Things were actually a little rocky leading up to Thursday, some monetary, some lingual, and most wifi related, but for some reason, the morning we left for Toul from Nancy, everything clicked.
One thing that has stuck out on this trip is having to use a foreign language. I took French in high school and reviewed a tiny bit before I left, but I was not prepared for having to think on my feet as I talked, and I never realized how difficult it is to listen and understand quickly. Now, I already have a lot of trouble talking to strangers (anyone who knows me can attest to the fact that I generally let other people do the talking). So now we throw a new language into the mix and it is utterly terrifying. I had a lot of trouble starting out asking for help and communicating with our host at the first place we stayed, and I became very discouraged. But since then, I have been able to speak pretty well and be understood and to understand. I lament the fact that we will soon leave France and enter countries where French is not the dominant language. 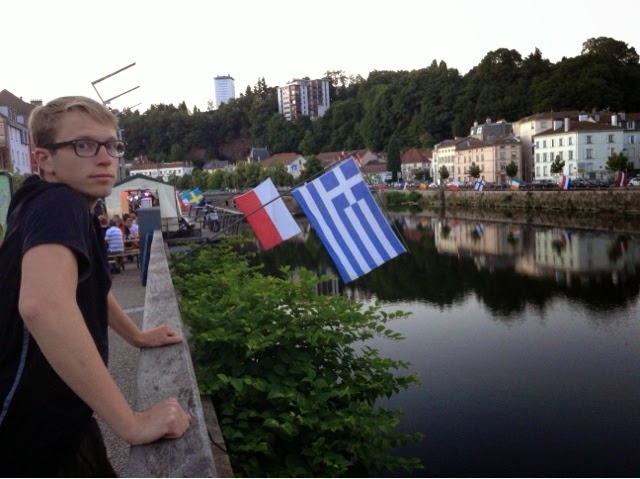 Aside from dealing with language, the rest of the trip has gone very well. We have had exceptional weather and have found places to eat and sleep without much trouble. So it turns out that the stereotype about French people walking around with baguettes is pretty true. We too buy a couple baguettes in the morning to eat on the road. Quite wonderful. Also, wine is wonderfully cheap.
Tonight, in Epinal, there is a music festival going on that Ed and I went to. It was nice to walk around town without our packs for a while. Since tomorrow is Sunday, we treated ourselves to an actual hotel room, and then we're going to Mass at the Basilica of St. Maurice. 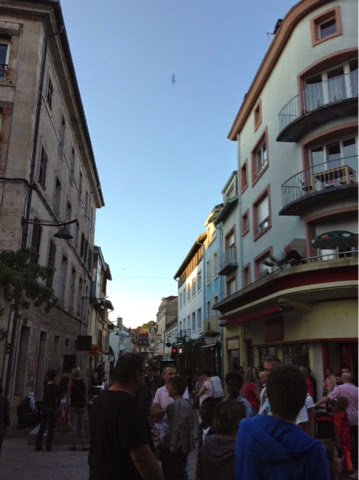 Things have gone wonderfully so far, and there are many little things I haven't mentioned here for brevity's sake, but please continue to pray for us and please send us any prayer requests you have to pathtoromeprayers@gmail.com.
Posted by Luke Stager at 2:26 PM