A Magical World: A Long Drawn Out Tale of a Single Day of Wandering in and around Fruita, CO


Since the school year began two months ago, I have been just itching for an adventure. While it's true that I've already begin planning my big adventure for next summer, those delightful months are a long way off, and I find myself restless. So, having a four day weekend, I found that the time was ripe. On Thursday morning, I found myself in Fruita, CO at the threshold of country as pretty as heaven. 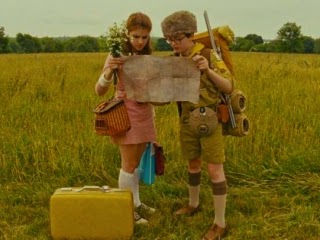 As usual with all my stories, I must give a preface. A couple of years ago, I found myself watching the Wes Anderson movie, Moonrise Kingdom, which, briefly, is about two kids who run away together and have an adventure. After watching the movie, I found myself hungry for adventure, but knowing that it was late on a Saturday night and I'd have to be back at school on Monday, I knew my options were limited. Really though, I wanted nothing more than to just drive. Though it was about 11PM, I thought I might just drive for five hours, sleep in the car, and then wake up and drive back home. Not much of an adventure, I suppose, but it would do.

So where to drive? At first I thought I might drive West on I-80. One of these wonderful deserted regions where it's just you and the open road. But I'd been that way before, and, I realized, I'd gone both I-15 north and south. The only direction left was east. I whipped out my Utah state atlas and saw that if you follow I-80 for just a little while, you would get to Wyoming, and there was a tiny town, Evanston, just on the other side. That would be my adventure: to drive to a new state and explore the town just over the border. And that is just what I did. I had only two specific objectives: find a map of the town and find a Catholic church (or discover that there isn't one).

Now, this was a while back, but I enjoyed the experience so much that I decided that I wanted to explore more small towns. Specifically, I decided that I would drive to the first small town just over the border of Utah at each of the interstates and complete my objectives of obtaining a map and visiting a Catholic church.  So far I've done Evanston, WY (I-80 E), Rupert, ID (I-84 W), and Malad City, ID (I-15 N).  When I tell people I've visited these towns, they often say, "There's nothing there."  Nothing could be further from the truth.

So, this week I found myself on I-70 heading to Fruita, CO.  Wow, that was a really long preface.  I suppose these adventures might seem to some to be quite unremarkable, but to me they are like hidden treasures scattered across a vast land that are just waiting to be found.  There is a certain charm and magic in small towns, and I love discovering it.

I woke early on a chilly Colorado morning in the back of my car to a glorious sunrise.  I'd set my alarm, but the cold was enough to wake me up on its own.  I drove into town to make it to Mass at the local Catholic Church (Sacred Heart).  Not a few locals were just wrapping up the fifth Luminous mystery of the Rosary.  Unfortunately, there was no priest, as he had fallen ill, but they had a Communion service instead.  I was actually quite impressed with the number of people who had turned out for this service, probably between 20 and 30, which I thought was pretty good for such a small town.

After the service, a few parishioners came up to me and asked where I was from.  I just said I was passing through, opting not to go through the convoluted process of explaining my penchant for small town adventures.  I asked one of the gentlemen what is the one thing to do in Fruita if you were going to be here for only a few hours and probably never return.  He suggested visiting the Colorado National Monument, which is a beautiful series of canyons and rock formations that one can drive through and enjoy in about 2-3 hours.  I also asked about some nice breakfast places and got a couple of recommendations.

I made a quick stop at the visitor's center back at the rest stop, and the man working there was very earnest in telling me about how wonderful Colorado was.  He, too, recommended the Colorado National Monument.  I decided that this would be my ultimate destination.  I headed back into town to grab some breakfast.  I settled on a not-so-charming restaurant called Judy's, which was nestled in a large strip of stores without much character on the outside.  But the restaurant's lack of flash did not in any way affect the deliciousness of the Meat Lover Skillet I ordered.  If I were a trucker, this is where I would stop every time I passed through Fruita.  Such deliciousness.  You know how when you get the box to go, you realize later on that the food wasn't really worth saving and maybe you throw it away?  Not so with this food.  I had a delicious lunch the next day and it was still awesome.

After eating, I decided I'd better spend a tiny bit of time in the town

before I went up to the monument, so I grabbed my copy of the Complete Poems of Robert Service, perfect for any adventure, and headed into the town square and read a few poems.  Such quiet moments are rare in the life of one so busy, and I cherished it.

From there, I headed out of a town, that had I not decided to visit, I would never have seen, and that I will most likely never see again and headed up to the Colorado National Monument.  I decided that in such a sacred place that I ought to keep my radio turned off.  Silence for two hours is magnificent.  There's not much to say here other than what I can say through pictures.  They don't capture it. 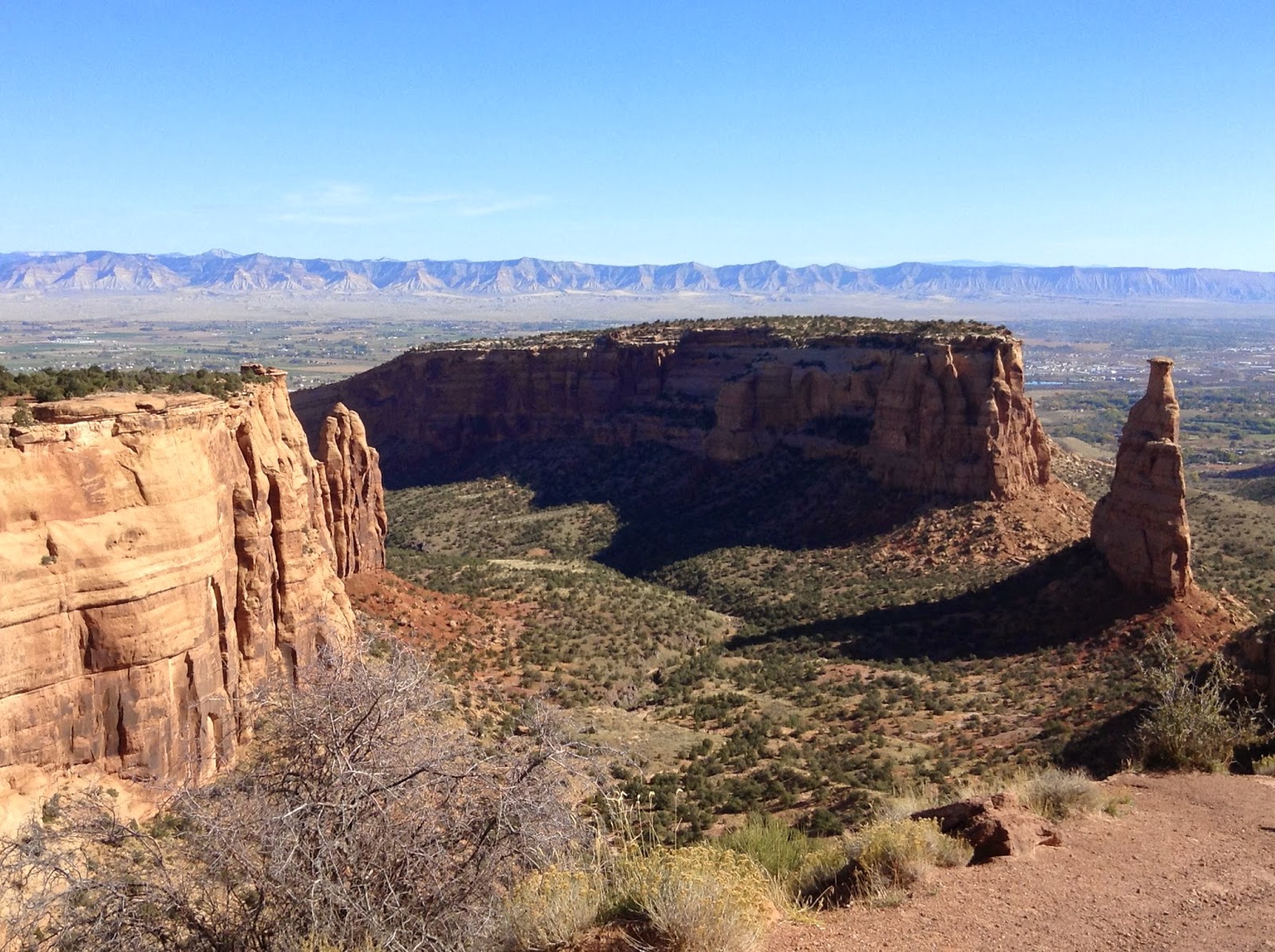 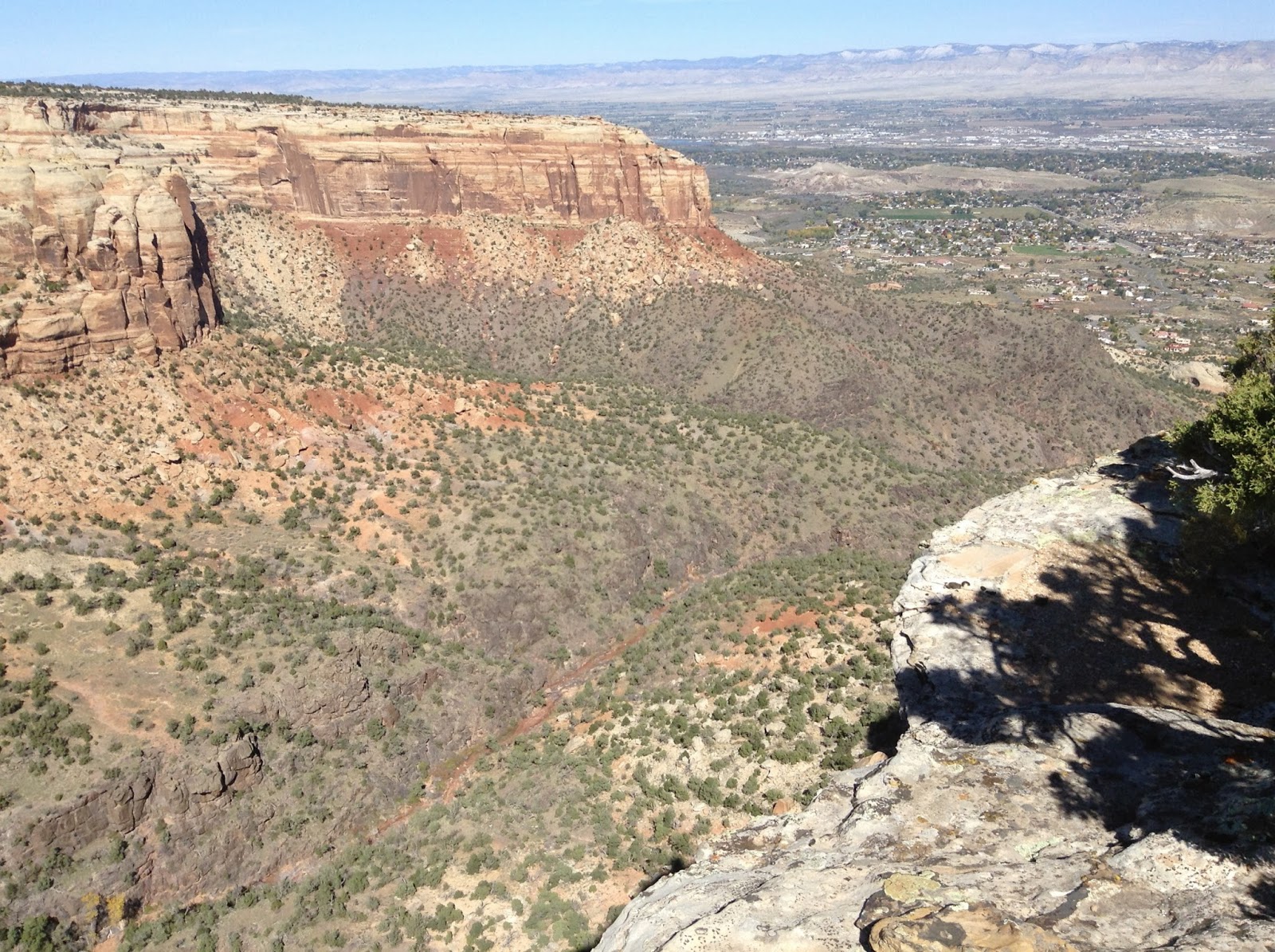 At about 2PM, I decided I ought to be heading back to SLC.  But my adventurous spirit was driving me at this point.  I hadn't realized until I'd checked my map in the car that Arches is really close to I-70, and so I decided that I ought to visit that iconic Utahn landscape that so many know from our license plates.  Once again, words don't work much here, but the one thing I can say is that I will definitely be going back there.  My pictures are pretty unremarkable.

And so I returned home that evening, not more than 28 hours since I'd left.  We often say we have no time, but don't we?  In one grand day out, I was able to gratefully explore a magical world.
Posted by Luke Stager at 8:41 PM